Subaru takes a new direction with cause marketing ad 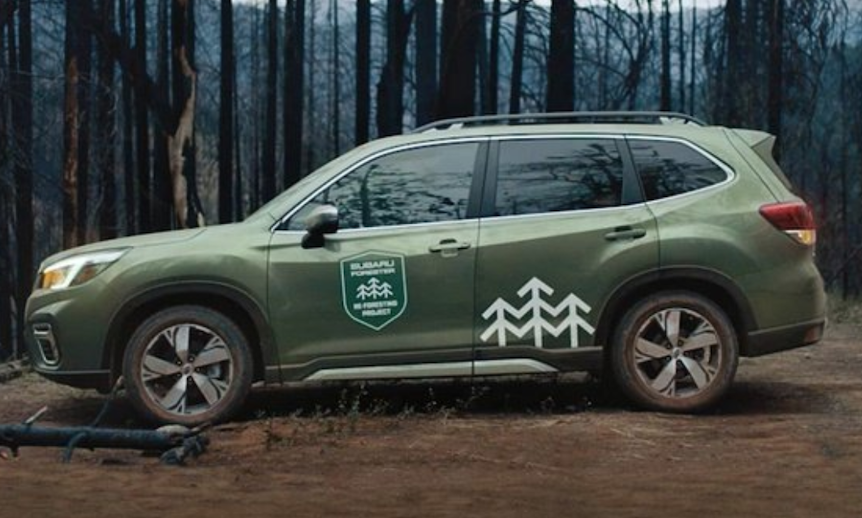 Subaru takes a new direction with cause marketing ad

Last night while watching Netflix Subaru’s new cause marketing ad popped on. Subaru’s customers are incredibly loyal. Both my sister and brother-in-law are one of thier many loyal customers. I doubt they would have been able to get married on a mountain without their Subarus in all honestly. Even though the hard economic times in the last months, Subaru has actually continued to thrive.

Subaru’s’ newest ad not only shows the devastating footage of the California wildfires but it very boldly letting people know, they are “more than just a car company.” This new project is called the “reforesting project.”

Much like what we’ve seen from Patagonia over the years with their passion for the environment, Subaru has taken a stand to support California patterning with the National Forest Foundation (NFF) to replant over 500,000 trees over the next four years in hopes to restore the forest.

This latest ad is taking a much heavier tone with a strong cause marketing angle. By showing actual footage of the wildfires taken by a journalist in a Subaru, it’s forcing people to look at the seriousness of the situation and thus resonating with their customers that have a strong passion for environmental issues like this one. They took it a step further and featured the videos of the fires rather than the car or at times both. This is another way they are positioning Subaru as more than just a car company.

This is a prime example of Brand leadership and cause marketing. They stand up for something bigger than car maker, but an advocate for environmental issues. Should we expect to see more like the earth initiative? We’ll see.

Curious about how you can beat the economic crisis as a business leader? Check out this post highlighting 5 solutions.

President of Novus - Be Known, Inc.

5 Ingredients of a Healthy Content Marketing Strategy in Healthcare

5 Ingredients of a Healthy Content Marketing Strategy in Healthcare   Content creation and optimization continue to dominate the inbound marketing sectors of healthcare and wellness. More than ever before, potential patients are extra curious about their health and well-being and are actively searching for credible, succulent information’s that they can act upon.   If […]

Impact of Brand Voice in a Healthcare Setting

What is the ideal brand voice? Does such a thing exist? How does it function in a healthcare setting? When working with a private practice recently, a major opportunity we addressed early on was how to ensure unity of the brand’s voice and tone.